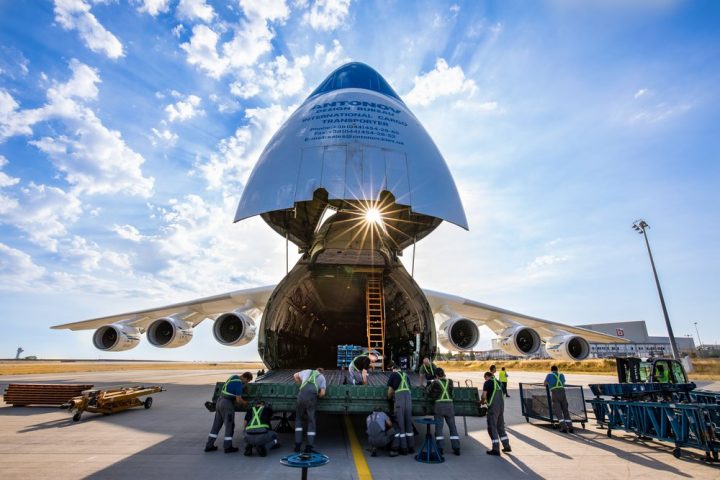 A couple of weeks ago we started sharing some interesting facts about Cargo planes and the response was amazing. Below we wanted to continue growing your knowledge of how these planes are different, unique and special in so many ways.

Who invented the first cargo plane?

The first cargo flight took place on 7 November 1910 in the USA, between Dayton and Columbus, Ohio. Philip Orin Parmelee piloted a Wright Model B aeroplane 65 miles (105 km) carrying a package of 200 pounds of silk for the opening of a store.

What are cargo planes used for?

A cargo aircraft (also known as freight aircraft, freighter, airlifter, or cargo jet) is a fixed-wing aircraft that is designed or converted for the carriage of cargo rather than passengers. Such aircraft usually do not incorporate passenger amenities and generally feature one or more large doors for loading cargo

How much cargo can a cargo plane carry?

How far can a cargo plane fly?

Flying at a typical altitude of 36,000 feet (about seven miles), an aircraft that loses both engines will be able to travel for another 70 miles before reaching the ground.

How much do cargo pilots earn?

Can I travel on a cargo plane?

Technically, passenger aircraft are also cargo-carrying aircraft, so the answer is yes, however, aircraft specifically licensed or designed without passenger seating would only permit flight crews, essential staff that accompany live freight, or in the case of the military with armaments

Which airline owns the most cargo planes?

How cold is it in the cargo hold of a plane?

There’s no need to worry about checked in luggage items getting frozen. The temperature in the cargo hold would under normal circumstances be around 15 degrees Celsius

Can I bring my cat on a plane?

Most airlines will allow you to take your cat on the plane in the cabin area for a small fee. Try to call the airline well in advance of your flight, as there is a limited number of animals allowed in the cabin during a flight.

How much does it cost to transport a car on a plane?

Internationally can cost from $1,000 – $5,000 for standard ocean transport or $5000 – $40,000 for air transport. While the final cost of shipping a car overseas is based upon many factors, a few key considerations include: Type of vehicle

How much does it cost to fly your car overseas?

The cost to ship a car overseas varies based on the size of the car, operating condition, and destination. Cars located closer to shipping terminals cost less. Typical costs: Shipping a car from the US to Europe starts around $750 for a compact and runs up to around $2,000 for a full-sized SUV

What was the first cargo plane?

Instead, they carry only goods, or cargo. The goods are carried in a huge storage space called the cargo hold, which fills almost the whole length of the plane. To move really big things, you need specially built planes called super transporters, such as the Airbus A300-600ST, or Beluga

What are the types of air cargo?

What Are Air Freight Services

Millions of businesses rely on these cargo planes to keep their businesses running successfully. Next time you see one, you will be the smartest person in the room.

Have a wonderful day