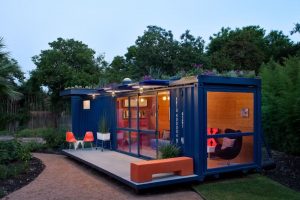 Sharing is caring and here are some more interesting facts you might not have known:

We know China makes a lot of things, but did you know they make practically 97 percent of all shipping containers? It doesn’t hurt that so many of the world’s manufactured goods also come from China.

A gentleman named Malcolm McLean invented the first metal container in 1956 as a replacement for the traditional breakbulk cargo handling.

There Are a Lot of Them

It’s estimated that there are over 17 million active shipping containers around the world making a total of 200 million trips a year. That should give you some idea of the massive scale that is modern world trade. 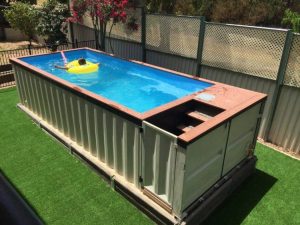 There Are a Lot of Ships

The cost of new liner construction to handle all those containers is over $236 billion US spread out over a dozen countries.

They’re Not Just Used for Shipping

Shipping containers are incredibly versatile. Including the ones used for shipping, there were an estimated 500 million containers globally in 2010. They’re frequently used in the construction of homes and offices, and are even available as available storage containers in NYC.

They Don’t Always Make It

The Port of Shanghai

The busiest port in the world, the Port of Shanghai handles over 33 million containers a year. For comparison, the Port of New York and New Jersey—one of the world’s busiest—handles just over 3 million.

The Cheapest Way to Move Goods

Over 95 percent of all the cargo in the world moves by ship and nearly all of that within shipping containers. Given the high cost of transportation, the tremendous speed and efficiency of shipping can’t be replicated anywhere else.

We love containers and since we work with them all day long, we respect them for what they offer us and our economy.

Next time you see a container, take another look. They deserve it!

Have a wonderful day.